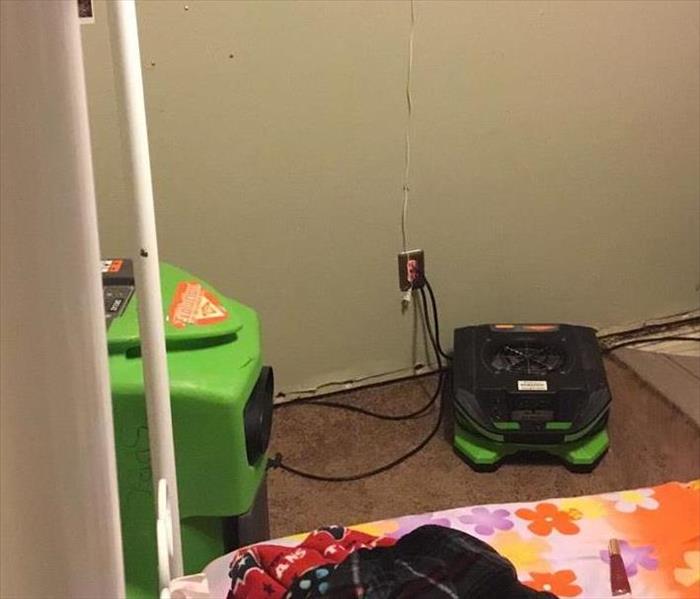 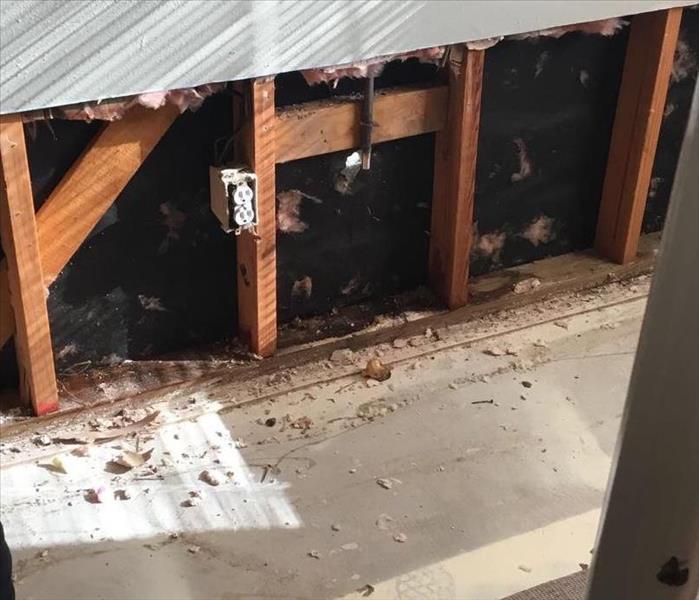 This Houston homeowner noticed water leaking from an outside faucet. A closer look revealed a  broken hose bib. Of course this affected the ground near the homes foundation and a nearby flower bed, but the interior damage was unexpected and almost undetectable.  It wasn't until the homeowner walked into the bedroom which shared the same wall as the leak, that the water was seen.

Thankfully the homeowner shut off the main water valve which in turn stopped the leak until the plumber arrived.

In the meantime, SERVPRO was called in to began remediation. We were able to keep the demolition to a minimum and salvage the carpet.